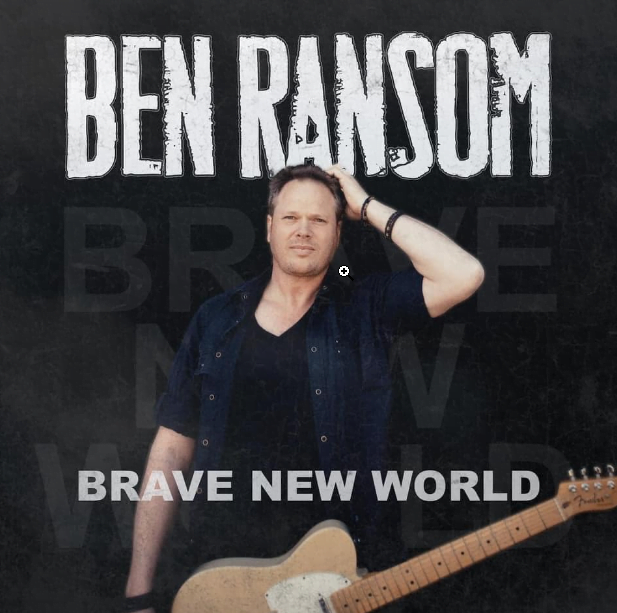 BEN RANSOM UNVEILS HIS ‘BRAVE NEW WORLD’ the brand new studio album and incredible new live show! To celebrate this release, Ben and the full band will perform his award winning songs, radio hits and old favourites, along with some very special guests.

In 1931 Aldous Huxley wrote, Brave New World, a novel that outlined the advancements, technology, manipulation, anxieties and conditioning that combined – leads to a dystopian society – a society that is challenged by only one.

Fast-forward to 2019 – Australian singer-songwriter, Ben Ransom, completed the recording of what would become his fourth album. In a strange twist of fate, one of the tracks recorded was a song titled, “Brave New World”. It not only name checks Aldous Huxley, but also explores the themes of life, love, relationships, where we’re going and where we’ve been.

“We finished recording the album in 2019 and were waiting for the right time to release it … and then 2020 came along! Ironic that it would appear to fit right in to the context of what we’ve all been living through this past year”, says Ben.

After the upheaval and unpredictability of 2020, the title “Brave New World”, felt like the perfect one to not only reflect the combination of songs embodied on the release but how we will navigate this new world we are now living in.

The album has been proceeded by a number of award winning hit singles – “Night After Night”, “Coming Down In Spades” and “Mamma Said” – all of which have shown completely different musical sides of Ben Ransom’s song writing.

“I wrote all the songs on this album myself and I am really proud of how I have developed as a songwriter. I tried hard to avoid the ‘cookie cutter’ clichés and sounds that have become a staple of the material that seems to proliferate the current scene”.

For “Brave New World”, Ben enlisted ARIA and Golden Guitar Award winning producer, Matt Fell to helm the recording. The move has not only brought about a confidence we have not heard on previous albums but also a brand new exciting sound.

Ransom as the hero asking the one thing we all want to know … what’s going to happen?