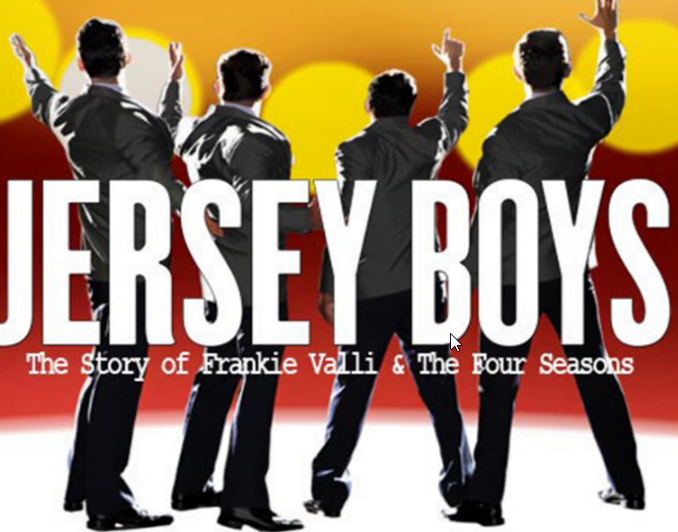 The inspiring, award-winning smash hit Broadway musical based on the true story of The Four Seasons comes to Blue Mountains Theatre

Jersey Boys is the smash hit Broadway musical that showcases The Four Seasons’ most iconic hits and reveals the inspiring tale behind the music.  Featuring hit songs such as ‘Can’t Take My Eyes Off You’, ‘Sherry’, ‘December ’63 (Oh, What A Night)’, ‘Walk Like A Man’, ‘Big Girls Don’t Cry’ and ‘Who Loves You?”, Jersey Boys follows the trajectory of ‘The Four Seasons’ and the impact of celebrity.

When Frankie Valli, Bob Gaudio, Tommy DeVito, and Nick Massi met, they were just four New Jersey teens singing together under street lamps in their working-class neighbourhood. As the quartet rises to international stardom, they enjoy the highs and endure the lows of celebrity, illustrating how a ragtag group of guys with criminal records from New Jersey became music history.

Blue Mountains Musical Society presents this first-of-its-kind production at Blue Mountains Theatre. Featuring a phenomenal live band and a highly talented, tightly-knit ensemble cast, this is the first time Jersey Boys has come to the Blue Mountains. For any fans of The Four Seasons, Frankie Valli, or Motown, this is an unmissable event.

Note:  Not recommended for children under the age of 12 due to strong “authentic Jersey” language. We do encourage parents to use these notes as deciding factors for the enjoyment of the performance for themselves, their children and other patrons.